Does anybody remember 1989? When Axel Rudi Pell released his first solo effort “Wild Obsession”, the Berlin Wall had just come down. It’s been ages, right? And the world has changed. Axel Rudi Pell hasn’t. For three decades, the Bochum-based guitarist has ticked and worked like a Swiss clock releasing critically acclaimed hard rocking albums consistently. Like his anniversary offering, a live document of his most recent tour. And it will come out on the same record company as his debut in 1989; his contract with legendary label SPV having lasted longer than the average marriage these days. “SPV and I have grown together, we have witnessed highs and lows and we’ve managed to get through them all,” the 58-year-old musician states with a smile. “Never change a winning team” is the secret of his success. Having sold more than 1.6 million records so far, Pell also has a ridiculous amount of online streams: his songs have been streamed more than 37.5 million times, figures he would never have dreamt of when he first started out.
“If the whole thing hadn’t taken off, I’d be bored to tears in my trained job as an industrial management assistant to this very day.” Make it or break it: Since his very first chart entry with his fourth studio album “Between The Walls” in 1994 (no. 90 in the German charts), Pell has known that he’s been heading in the right direction. After that he’s never taken a wrong turn. One reason for this is his flair for talent: “In Germany there hardly were and still aren’t any singers who are compatible with my music.” For this reason, he has thought in international terms from the start, his first few albums featuring some of the world’s best vocalists in the hard rock genre: Charlie Huhn (ex-Ted Nugent, Gary Moore, Victory, now with Foghat), Rob Rock (ex-Impellitteri, Driver) and Jeff Scott Soto (ex-Yngwie Malmsteen, Talisman, now with progressive super group Sons Of Apollo). When former Hardline frontman Johnny Gioeli joined in 1998, they formed a creative unit that has lasted ever since, no end in sight. And after ex-Rainbow/Black Sabbath/Blue Öyster Cult drummer Bobby Rondinelli joined the Pell fold in 2013, the band – which also features keyboardist Ferdy Doernberg (since 1998) and bassist Volker Krawczak (since 1989) – has made another huge leap forward in terms of quality. Blood, sweat and tears mean a lot to Pell, which was recognized by the great and late Ronnie James Dio, too: When Pell and his band got the opening slot for Heaven & Hell (the Dio-fronted version of Black Sabbath) in Germany in 2009, the legendary singer knighted his support act, saying: “You’ve got the job because you’re good.” Take it or leave it, over the last thirty years Axel Rudi Pell has been one of the constant and eminent figures of the international hard rock circus. Speaking of which: He has a long history with Wacken as well. Since 1999, Pell has played the main stage of the world’s biggest heavy metal festival six times. Because: “Wacken and I have grown together, too. It’s fascinating to see how many fans you can reach with your own songs.” Even in Russia Pell is a star in his own right. He took the stage at an award show at the Moscow Kremlin at the end of March 2019, performing alongside renowned acts such as Chris De Burgh, Michael Bolton and Leona Lewis, selling out a 2,000-capacity venue the night after that. “The fans sang along to all the lyrics, I couldn’t move anywhere without signing autographs and having selfies taken.” That Pell hysteria has led to another Russian adventure: He is set to perform during the prestigious ‘White Nights’ festival in St. Petersburg in July 2019. On time for this event “XXX Anniversary Live”, his 30th album release in as many years, will see the light of day on June 6th 2019. A milestone by all accounts and a stunning document of his most recent tour which he did not plan at all, but the recordings, from Bochum and Budapest among others, were so good that he felt he just couldn’t scrap them. They are a worthy follow-up to “Magic Moments”, his 3-hour anniversary show at the ‘Bang Your Head’ festival in 2014, where he celebrated 25 years as a solo artist. BTW: Pell is planning to bring out another studio effort in spring 2020. The Swiss clock from the Ruhr area is till ticking. No worries there. 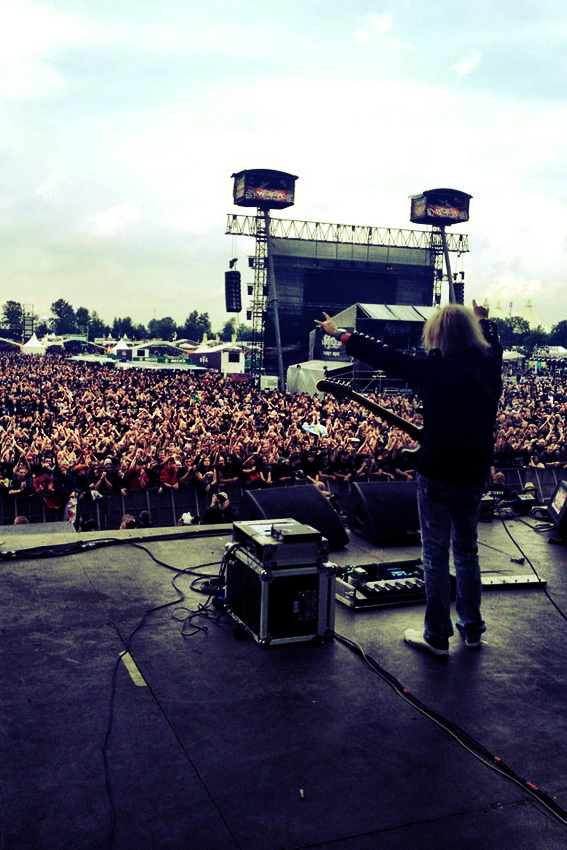 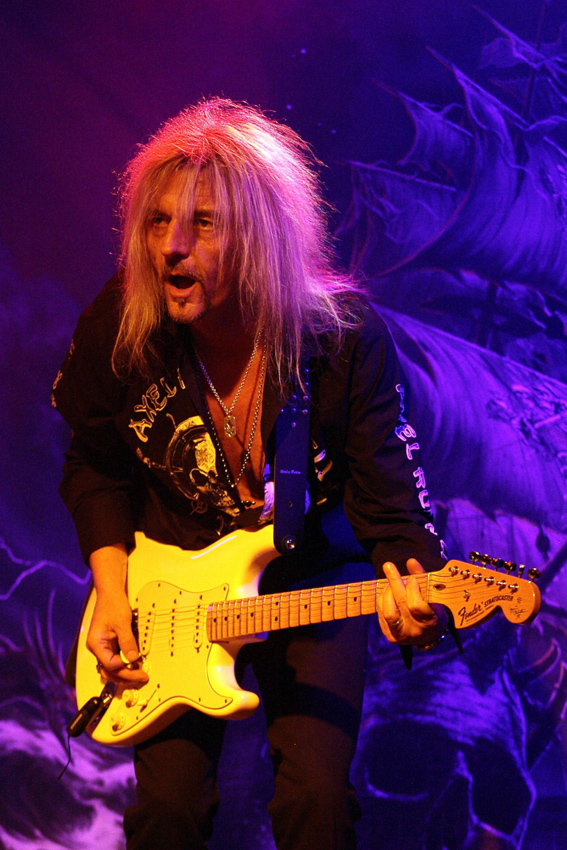 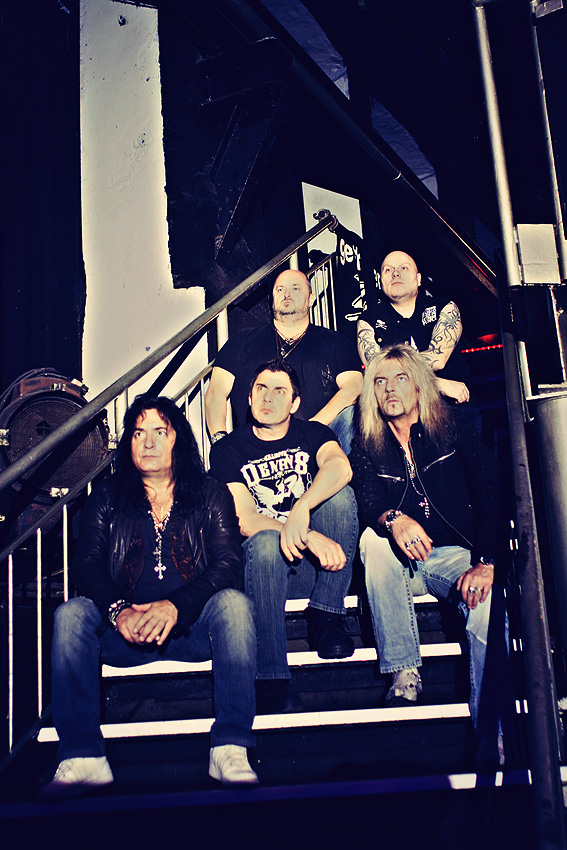 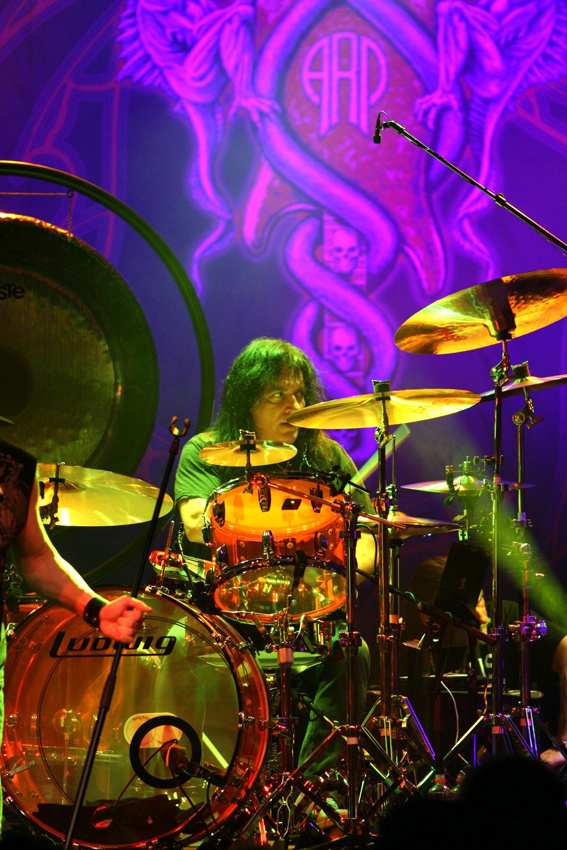 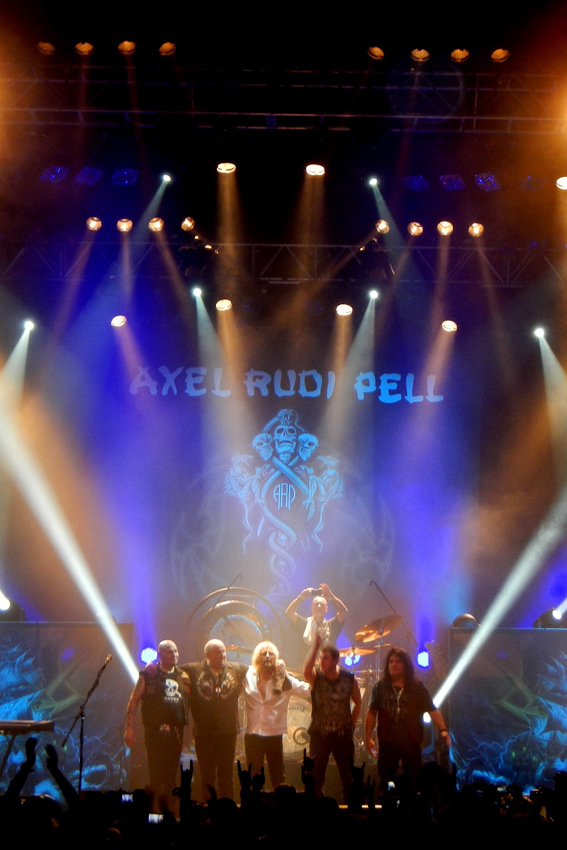 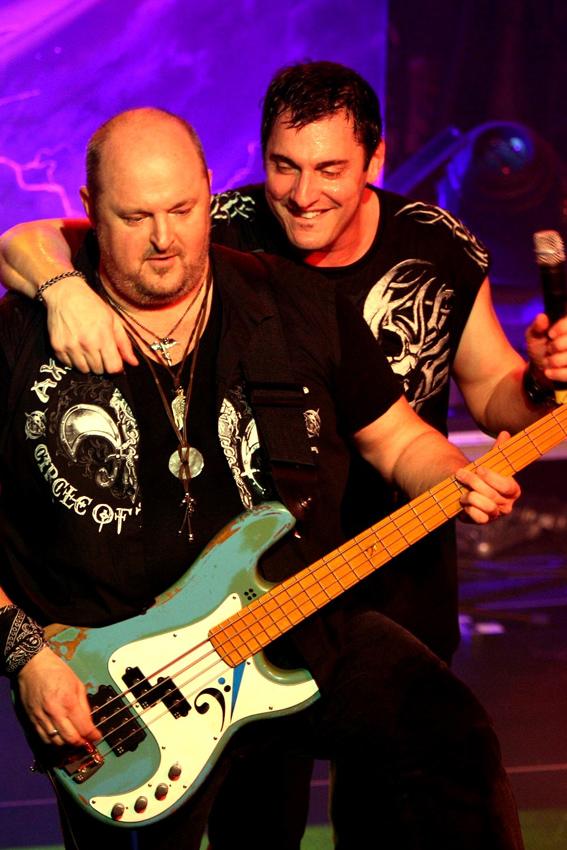